Jahnke name is synonymous with football In Pierce County

Although some may say it’s baseball, America’s true sport and the national pastime is football. Generations of families throughout the United States connect over a common shared love of America’s sport. The Jahnke family in Pierce County perhaps knows it better than anyone, as multiple generations of Jahnkes dating back to the 1980s have played on championship-caliber teams in the heart of Pierce County.

The football family story begins with Jeanne and Lowell Jahnke, who had three sons, two of whom played football, Nick and Ben, at Ellsworth High School approximately three decades ago. Nick played in the late 1980s and was an offensive lineman during his time with the Panthers. His brother, Ben, also played for Ellsworth. Ben played on the infamous 1990 Ellsworth State Championship team which was honored just a couple of weeks ago before one of Ellsworth’s home games. Ben and many other of the players from that team came back for the 30th anniversary of the state title.

Nick and Ben began the Jahnke legacy of football in Pierce County. Now, approximately 30 years later, Nick’s son Reece and Ben’s son Louie both play football in Pierce County and are continuing to build on the legacy that their fathers began building three decades ago. This year, both Reece and Louie are juniors and both play on their respective varsity football teams. Reece is playing for the River Falls Wildcats and Louie is playing for the Ellsworth Panthers.

The football family has more similarities than just a shared last name. Both Reece and Louie are juniors this season. They both play offensive line, guard to be specific, and both wear the number 53. All of those similarities happened by coincidence or fate. Reece’s father, Nick, also played offensive line when he was in high school. According to Jeanne, Nick was also a guard, just like his son Reece.

Both Reece and Louie carry the same football-loving genes that their fathers were bom with. Reece talked about his father’s love for football.

“I knew my dad loved the Packers, but I didn’t know or talk about him playing football,' Reece said. “I remember going to Packers games

'He was a great guy with a great sense of humor. When he got the fatal diagnosis, we all sat around for a half-hour and he popped up and said, 'Let's have a party.' So, we had a party two days later and he said to me, 'Mom, don't cry for me.'' -Nick Jahnke, when he received fatal brain tumor diagnosis

Louie and his grandparents Lowell and Jeanne Jahnke take a photo together after an Ellsworth Panthers football game. Photo courtesy of Jeanne Jahnke with him and he coached my t-ball team. I play football because I like it. I love to watch college and pro football. My mom’s family goes to a Badger game every year and we are going next weekend, I’m excited to watch the Badgers.”

“My dad and I have been close with the sport of football forever,” Louie said. “Even in flag football, he coached me. He’s been at every game since I started playing. We talk and we’ve watched his old games before. The team we have this year is doing really well, so we’ve talked about it a lot more. We talked about his deep playoff runs and we’ve talked about the mindset I’ve got to have going into some of those big games.”

Perhaps the stars are aligning again, just like they did in the late 1980s and early 1990s when the Ellsworth Panthers were the dominant football program in Pierce County and were poised to make a run at a state championship. Once again, Ellsworth is the premier football powerhouse in Pierce County and is beginning another run at a state championship this season. As of Monday, Oct. 18, the Ellsworth Panthers are an undefeated 8-0 going into the WIAA playoffs.

Louie’s Ellsworth team is dominant, but so is Reece’s River Falls team. The Wildcats are going into the playoffs with a 7-3 record overall including a perfect 7-0 record in Mississippi Valley Conference play. Both River Falls and Ellsworth are ready to begin a playoff journey that they hope culminates in some championship hardware to bring home from Madison near the end of November.

While Ben will have the privilege of watching his son Louie potentially compete for a state championship just like he did, Reece’s father Nick tragically won’t have that same opportunity. In 2010 Nick was diagnosed with a brain tumor and had to have it surgically removed. The family thought that Nick was on the mend but two years later in the spring of 2012, his illness returned in the form of glioblastoma. Jeanne still vividly remembers that time in her life and Nick’s attitude when he got the news.

“It was sad, it was horrible actually,” Jeanne said. “He was a great guy with a great sense of humor. When he got the fatal diagnosis, we all sat around for a half-hour and he popped up and said, ‘Let’s have a party.’ So, we had a party two days later and he said to me, ‘Mom, don’t cry for me.’” Nick died one year later. His legacy lives on in the people’s lives who he positively impacted, and it certainly lives on in his son Reece and their shared love of sports, especially football. The Jahnke family has gone through great joys and unthinkable tragedies throughout the last 30 years. The one common element that connects the entire family and its history to Pierce County is the dedication to football in the place where they were all born and raised. Louie and Reece wear the same number, play the same position, and are the same age. Call it luck, coincidence, or perhaps even destiny. Whatever it is, it’s an example of how sports, specifically football, are more than just a game.

The Jahnke name in Pierce County has become a football name over the last 30 years. They have built a legacy in the community that is currently being carried on by Reece and Louie. And who knows, 30 more years from now, there might be a couple more Jahnke boys carrying on the family football legacy that has been built for decades. 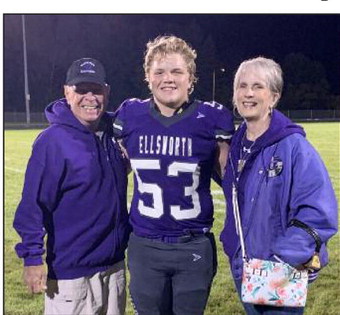 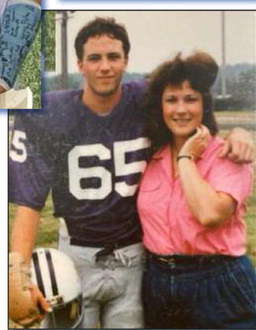