On the weekend of Saturday, Oct. 30, at the Ridges Golf Course in Wisconsin Rapids, several runners from local schools including River Falls, Prescott and Ellsworth competed in the 2021 State Boys and Girls Cross Country Championships. In addition to that, one local team, Spring Valley, had the entire boys’ roster qualify as a team for finishing top two in their respective sectional.

Both juniors, Tyler Loucks and Ella Johnson made it through sectional qualifying at the Rice Lake sectional on Saturday, Oct. 23. Loucks was coming off the best race of his career. He finished in first place as an individual at the Rice Lake Sectional. At state, Loucks finished in 10th place as an individual with a time of 16:41.7. His posted individual time and top-10 finish is the best state cross country result in Prescott history. Prescott coach Matt Sachs spoke about Loucks’ finish.

“With Tyler (Loucks) winning sectionals, we knew he could place well at state,” Sachs said. “It’s tough to predict how well since the other athletes are coming from all over the state. He was able to stand on the podium at the awards, receive a medal, and receive All-State honors. He had an incredible race and season.”

As for Johnson, she finished 60th out of 151 cross country girls. The 2021 season was Johnson’s first year competing in cross country. According to coach Sachs, Johnson finished in the top 40% of the race and continually moved up the ranks in the race as it progressed. At the one-mile mark she was in 81st, at the two-mile mark she was in 65th, and ultimately finished in 60th place overall. Johnson finished with a posted time of 21:05.5. Coach Sachs talked about her performance as well as the course conditions.

“She ran a great race, and it was awesome for both of them to get this experience as juniors,” Sachs said. “The course was a golf course. We had run a golf course once during the season at Durand, but this one was different. It’s called the Ridges, and that’s what it was, especially in the last mile or so. The hills weren’t massive, but they were steep and difficult to run, especially in that last time.

After the race, coach Sachs and the rest of the staff talked extensively with Johnson and Loucks about their races and their seasons as individuals.

“They were definitely happy (with their results),” Sachs said. “Just to be there in the first place is an amazing accomplishment. We told both of them before the race to just do their best and really enjoy it. It’s a quick race, and it’s easy to not soak in how cool this is with all the pressure.”

It was a successful season by any standards for both Johnson and Loucks. In addition to that, because they’re juniors they will have another chance next year to make a postseason run to try to get back to the state championship.

“We are really excited to have both of them back next year, in addition to all the kids we had out this year,” Sachs said. “Ella (Johnson) had a huge impact on our program. First off, just showing the course to try something new and then excelling at it. She’s awesome and had a lot of people in her corner. We are excited for them and are hopeful we can be right back in the same position next year.”

Other results include Alex Pazdernik, of Ellsworth, who qualified for state in his junior year. Pazdernik finished in 43rd place with a time of 17:28.4. Freshman Quin Andrews of River Falls High School also qualified for state, although he was in the Division 1 race. Andrews posted a total time of 17:55.3 and finished in 127th place. Andrews was one of 14 freshmen throughout Wisconsin to compete in the Division 1 race in Wisconsin Rapids this year. 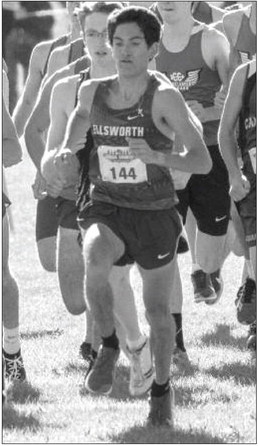 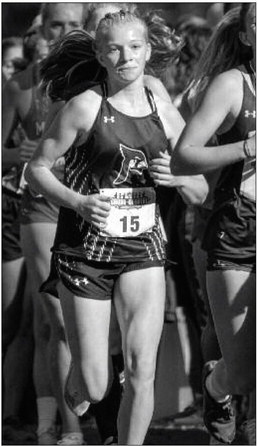 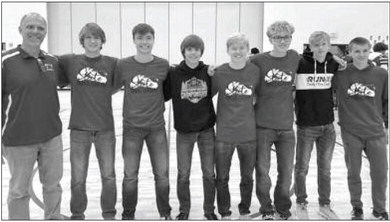