News
THE HUNT IS ON!

Amelia Brunner, 10, Spring Valley, shot her very first deer (a six-point buck) on Nov. 6 near Arkansaw, Wis. with a crossbow. As she and her dad Joe Brunner were cleaning up the deer stand, a large buck came walking through the woods. Amelia saw it from afar and told her dad. He quietly grabbed the crossbow and waited for him to come closer. He shot the 11-point buck within 20 minutes of Amelia shooting hers. It was even more special because they had found the sheds for the 11-point buck this past winter together in the same woods. It was definitely a special father/ daughter memory they won’t forget.

Isaac Dzubay, 26, of Appleton, harvested this eight-pointer mid-morning Saturday near the Big River in Oak Grove township. The rack has a 20-inch inside spread. Photo courtesy of Steve Dzubay

Lilly Holum, 9, Prescott, and her dad went bow hunting for a daddy/daughter day on Sept. 25 and she got her first deer ever, using a crossbow. Photo courtesy of Tanya Holum

Kelsey Johnson of Beldenville harvested a nice doe near Webster on Sunday, Nov. 21.

Ethan Nigbor, age 14, shot a doe Opening Day at his grandmother’s farm in the town of River Falls. That same day, he also harvested a nubbin buck, his first buck. Photo courtesy of Shane Nigbor

Cullen Rogers bagged this 10-point buck half an hour into opening morning on Saturday near Maiden Rock. He harvested the deer on private land in Pierce County. Photo courtesy of Amy Kurrelmeyer

Husband and wife Cody and Christa Sebion both harvested 10-point bucks two days apart in the town of Gilman. Cody (above) shot his on Oct. 12, while Christa (below) bagged her Oct. 14. These are the couple’s first bow bucks. Photo courtesy of Christa Sebion

St. Paul resident and UW-River Falls student Greta Weix and her roommate, Aubrey Stafford, decided to go bow hunting before class last week. Weix has been hunting for more than 50 hours this bow season near River Falls, she said. After about 10 minutes, a 3-year-old 8-point buck walked out. Stafford called him in on the back call and Weix took the shot with her bow. The buck, which had a wide spread, was the first deer she’s harvested with her bow. Photos courtesy of Greta Weix 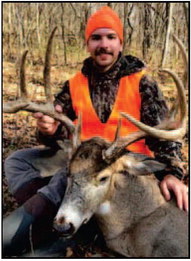 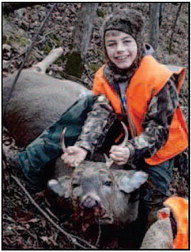 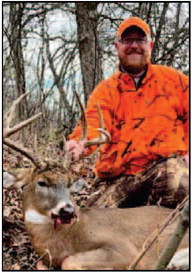 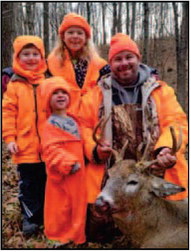 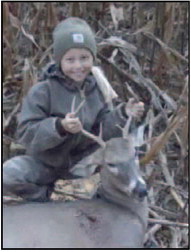 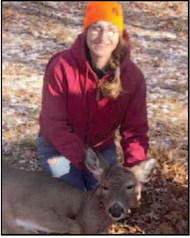 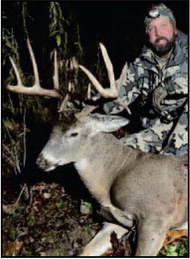 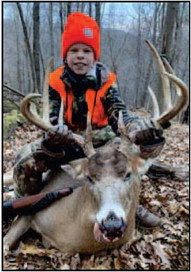 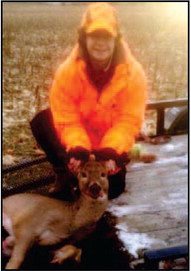 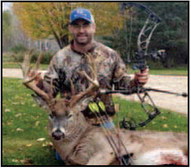 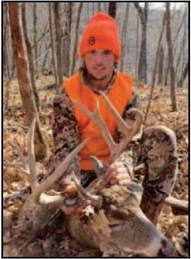 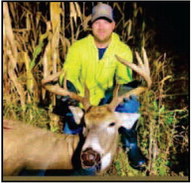 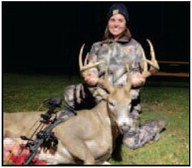 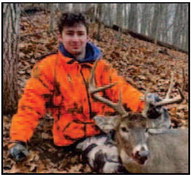 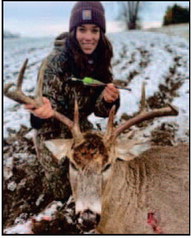