The Best Days of Deer Camp

This week I am writing to you about some of the experiences at my deer camp (The Red Brush Gang) in northern Juneau County. This would be my 50th year in a row and it was as much fun and as exhausting as one person can handle and still maintain a heartbeat.

Tuesday, November 23rd High 39, low 24 After opening weekend, our camp which held 17 hunters shrinks to six for the midweek days and on the second and last weekend it grew to 23. What we do is large area drives using our knowledge of The Necedah National Wildlife Refuge and The Meadow Valley Wildlife Area to push what is generally one mile squared, but can vary in size.

At night we have salsa, cheese and sausage which is always followed up by an incredible meal that is served between 9 to 11.

Basically, our camp is made up of the old timers which are 58 to 69 and our kids, and we have been blessed with a ton of them that love camp. Back when they did not know a compass from a gun scope, we began the training for our deer drives and I was the jerk that was in charge and that was not a job that I liked but it had to be done.

Our drives back in the day and still to a point are done while wearing hip boots and using a compass. The drivers are pushing some of the roughest country imaginable. Swamp that can have water from 3-inches to six-feet and this year it was actually low water that was our killer. The bog is not even and it was semi frozen and you were either walking on top of it, falling off with a foot or your next step was down two feet.

Yesterday which was Monday is generally our most productive driving day of the season and there was 14 of us, 7 pushers and seven standers. At days end we had spotted two deer for the entire crew, and nothing had been harvested.

We were using two way radios and some of the comments from the gang about the terrain made you feel their pain, sentences like, never again, this is the worst!, I ‘m stuck!, O my God!, Get me a helicopter.

So today after a rather robust evening at the shack the six of us began hunting and our first drive was about two miles long and perhaps 700-yards wide. We saw one deer and it was only a tail. No matter what anyone tells you, my friends in parts of Wisconsin there are a lot less whitetail deer due to the presence of the gray wolf.

So, we get bold and walk two-miles without hunting to set up our last drive of the day. The gang consists of Doug Cibulka, Jeff Moll and myself as standers. Brothers Ryan and Ross Moll and Joey Dushek are the pushers. I am the furthest from the trucks which by smart phone tells us that we are 3.4 miles away from the real world.

We are new to this drive and the pushers are moving deer right away. One of our guys has a doe tag and it is his last day at camp and has opened it up. I’m standing on a beaver hut in a spot that I have never seen before.

There is skim ice and the biggest beaver that I have ever seen in my life is very mad at me and on three occasions gets within 20-feet of me. I honestly believe this animal was pushing 80-pounds.

All of a sudden there is 4-deer running as fast as a deer can run to my right, my 300 barks and I think I may have dropped a good-sized doe but have no clue because they all vanished at the same time.

Five minutes later what would be a 3-point buck is crossing the same area as fast as a deer can run. The 300 barks four times and the buck disappears and again I do not know for sure if I got it. As daylight fades and the drivers make it to me, I do the job of crossing the flooded marsh and there is my buck and my friends doe. Both are beautiful animals and after skinning I would see the buck was hit all four times. That is the furthest we ever whacked deer from our trucks and when we got back to camp at 7:30 the Moll Boys cooked up steaks, we had us a fireside chat, and more laughs than some people have in a year.

Six days later 23 of us broke camp with only one more deer but one heck of a bunch of great memories! 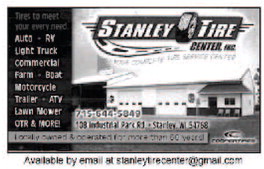