Both the Ellsworth and Prescott track and field teams spent the 2022 regular season trying to chase down – literally and figuratively – the Osceola Chieftains. That race came to a close on Tuesday, May 17, when the Chieftain girls and boys won the Middle Border Conference championship at Baldwin Woodville.

The Ellsworth Panthers boys’ track and field team came the closest to unseating the heavy favorite to win the title. The Panthers’ second place finish came via 133 team points, edging out the Prescott Cardinals boys’ squad score of 131. Osceola ran away with the championship by posting 201 points as a team.

For years Ellsworth hasn’t been a team that has been at or near the top of the final confer ence results. Head coach Drew Pechacek spoke about finish ing second behind Osceola and what he made of the overall re sults of his Panthers.

“Since I started coaching track in Ellsworth, I can’t re member ever finishing in the top half of the results in the Middle Border Conference meet,” Pechacek said. “So, a second place finish was great. We knew that to beat Osceola, we would have to steal points from them. Their depth in all events was on display (at Bald

Pechacek spoke of the depth and talent of many teams in the Middle Border Confer ence. As is the case with many other sports, the MBC is one of the best on this side of the state – that remains true for the 2022 track and field season.

“Having competed with (Osceola) multiple times this year, we knew that our top could compete with their top, but we lack the depth they have,” Pechacek said. “The same can be said with Prescott. They have great depth and of the three sport athlete. “To hear how excited he was at the end of the race was great. As a first year track athlete, he has definitely exceeded our expec tations and will continue to get better.”

formed well in the mid and long distance events at Baldwin

distance events was one of our many highlights,” Pechacek said. “Jack Hadler placing in both hurdle events is something that we haven’t had since I’ve been here.”

Sophomore Sam Newman won the triple jump and got second in the high jump. In addition to that, sophomore Jake McCabe put up one of his best performances in the 100

“Jake McCabe stepped up and ran a sub

second hundred and placed sixth,” Pechacek said. “We were able to score points in all but two events, which is a tribute to the work the guys have put in to get better.”

As for the girls’ side of the competition, it wasn’t quite as fruit

ful as it was for the boys. The girls finished in eighth place out of eight total teams. Despite the team’s finish, several girls posted impressive results that helped the lady Panthers get on the board.

Sophomore Kayla Kressin continues to be a young star in sev

eral sports. At the MBC meet at Baldwin Woodville, Kressin earned a second place finish in the 400

meter dash. The Panthers also earned points in the 4×100 meter relay with a fifth

It was a third

place finish for both the boys’ and girls’ Prescott track and field teams at the Middle Border Conference meet on Tuesday, May 17, at Baldwin Woodville High School.

One of the concerns heading into the MBC meet for Prescott was injuries. Head coaches Emily and Carl Calabrese spoke be

ceed and how injuries could impact potential success.

“I think both the boys and girls teams have a chance to score highly as a team, and we should have a few individual and/or relay champions along the way,” Emily Calabrese said before the meet. “We are battling some injuries right now which is keeping a couple of our top competitors out of the mix for the conference meet.”

According to Emily Calabrese, the long term health and suc

term result of potentially improving a score at the MBC meet. Calabrese spoke about that decision.

“Although it’s unfortunate, we are keeping in mind the end goal for the season and are not going to risk re

injuring or making existing injuries worse before regionals,” Calabrese said of the injuries to the roster.

Losing some of those top competitors for the meet certainly impacted Prescott’s ability to score as a program. Despite that, the Cardinals rallied and nearly stole second place on the boys’ side from Ellsworth – losing by only two points to the Panthers.

place finish in the

formed well in the mid distance 800

formed well in the long distance events, taking fourth in the

ishing less than half a second ahead of second placed Osceola.

The aforementioned Russell also took first place in the high jump, which he has done in nearly every meet this season. The boys’ team score of 131 solidified the Cardinals in third place in the conference.

As for the girls’ side of the events, senior Maddie Matzek had strong showings in the 800 and 1,600 meter runs with fourth and third

The Prescott girls also earned second place finishes in the

Up next for both Ellsworth and Prescott was the WIAA Divi

sion 3 Regional meet at Baldwin Woodville High School on Monday, May 23. That meet was slated to begin at 3:30 p.m. 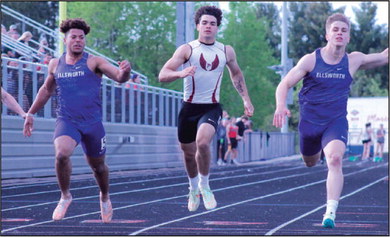 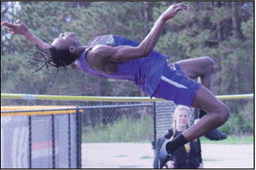