This group of over 80 students gathered with their families at this picturesque home in Hastings for about an hour to record memories of a lifetime. Photo by Bruce Karnick
News
Hastings high school celebrates prom

The tickets were purchased, dresses ready, tuxes rented, dates chosen, venue set and grand march assembled, prom was upon Hastings. Hundreds of couples scattered around Hastings to get dressed all fancy, take pictures and make memories with friends and family.

Saturday afternoon, groups of teens descended on the high school at predetermined times to participate in the Grand March which made it’s return to the auditorium. The Grand March started off with an introduction from Junior Officers Emma McClay and Emma Hagen. The pair thanked the teachers that helped with the planning and execution of the prom. The introduction gave way to Ella Kimmen and Connor Larson performing the prom song, ‘Rewrite the Stars’ from The Greatest Showman.

The pair sounded amazing, and it was the perfect kickoff to a wonderful night for the kids. Right after the pair finished singing, the introduction of the couples began. The entire process lasted about one hour and 15 minutes. Couples drew cheers from family and friends and the entire event was captured by HCTV. Of course, the guys all looked handsome dressed up and the ladies were stunning. Many of the dresses drawing oohs and aahs from the crowd.

Couples left the school for their dinner reservations then headed to the Radisson Blu at the Mall of America for the dance. 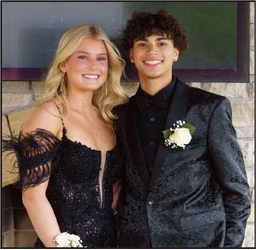 Megan Brown was escorted by Wil Hubbard and they took a moment to get this picture before the Grand March. Photo by Bruce Karnick 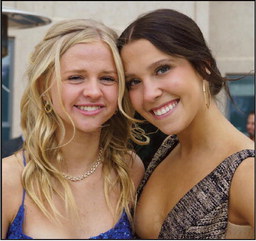 Ashlyn Endres and Ashley Sandquist pose for the camera.Photo by Bruce Karnick 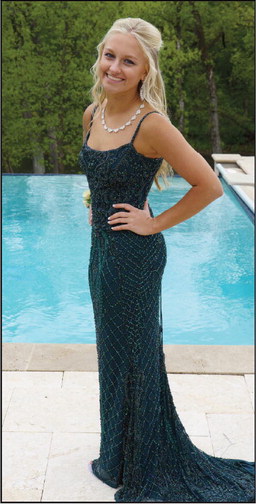 Mack Tryba got caught posing poolside for her parents and this is the result.Photo by Bruce Karnick 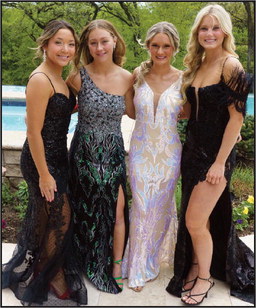 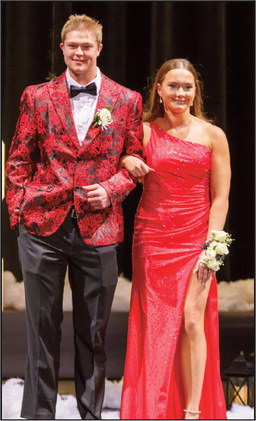 At the Grand March, students stopped at the middle of the stage to allow pictures to be snapped by their family. Here, Carson Thuet and his date Lily Hayes pause for pictures.Photo by Bruce Karnick. 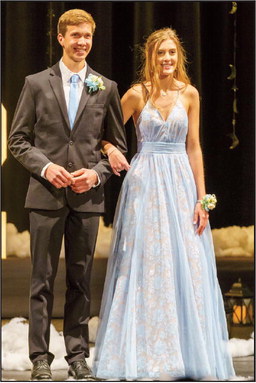 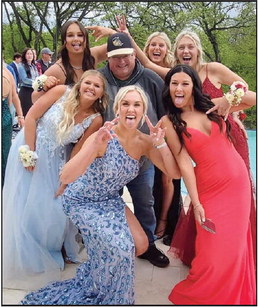 I say it all the time, I am truly blessed to have the job I have where I get to report on these awesome kids. The Class of 2022 will always have a special place in my heart for the kids and the families I have been fortunate enough to get to know. Thank you for making me part of your tribe, Bruce. Clockwise starting at front: Lily Nuytten, Mia Molitor, Maddy Daley, Bruce Karnick, Megan Brown, Kameryn Brown and Lillia Dohmen. Photo courtesy of Heather Molitor.