The new window at the Stanley Police Station is ready to serve DMV services.Photo by Joseph Back.
News
Open for business

Offering DMV services and vehicle inspections along with general police work, the new addition to the City Hall on South Broadway includes two offices (one chief, one officer), a hallway with lockers for police gear, an evidence storage room next to a room with vacuum hood for safe handling of powders, and a garage with enough room to hold three vehicles, one trailer, and a hoist for DMV inspections.

“It’s just more functional for our needs,” Weiland said of the new stomping grounds. So what of the old ones?

Those are being deconstructed at present, with Weiland showing staff torn out walls and ripped up floors in the old police quarters, directly to the south of the new ones. Once things are set, there is a possibility the space will be used to have city meetings, leading to the potential for new photo opportunities to come.

For now, readers will just have to make due with the photos we took of the new police quarters. 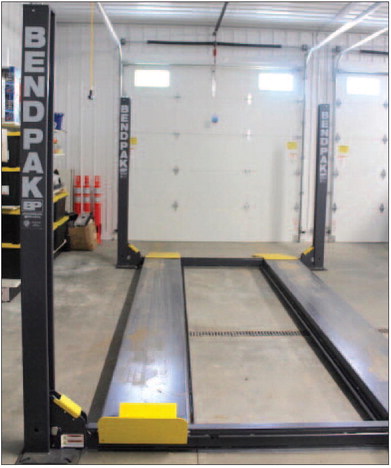 A hoist inside the garage area of the police addition allows for DMV inspections to be carried out.Photo by Joseph Back. 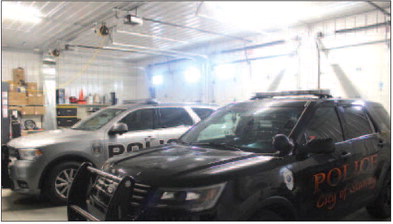 Two squads can fit alongside the hoist, one for Stanley and another for Boyd. Photo by Joseph Back. 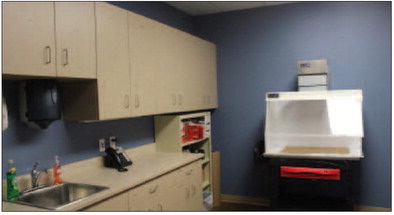 A room with vented hood allows for safe handling of powders and other substances. Photo by Joseph Back.